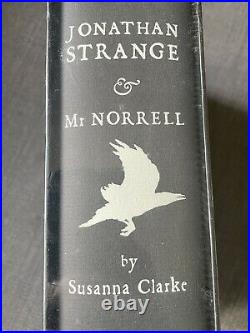 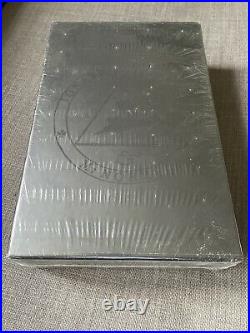 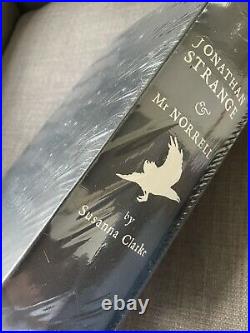 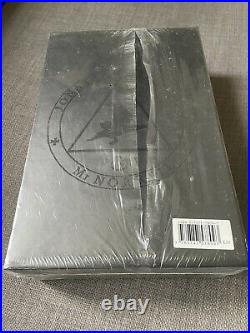 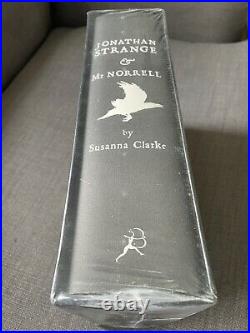 Jonathan Strange and Mr Norrell by Susanna Clarke (Hardcover, 2004) 1st Edition. Very rare limited edition. Still in shrink wrap. 18 years dry and dark stored. Collectors edition of this famous novel in slipcase. Dust Jacket Condition: Fine. 1st Edition, Limited Edition. 1st edition / 1st printing. Slipcased signed limited edition. Susanna Clarke lives in Cambridge, England. This was her first book. English magicians were once the wonder of the known world, with fairy servants at their beck and call; they could command winds, mountains, and woods. But by the early 1800s they have long since lost the ability to perform magic. They can only write long, dull papers about it, while fairy servants are nothing but a fading memory. But at Hurtfew Abbey in Yorkshire, the rich, reclusive Mr Norrell has assembled a wonderful library of lost and forgotten books from England’s magical past and regained some of the powers of England’s magicians. He goes to London and raises a beautiful young woman from the dead. All goes well until a rival magician appears. Jonathan Strange is handsome, charming, and talkative-the very opposite of Mr Norrell. Strange thinks nothing of enduring the rigors of campaigning with Wellington’s army and doing magic on battlefields. Astonished to find another practicing magician, Mr Norrell accepts Strange as a pupil. But it soon becomes clear that their ideas of what English magic ought to be are very different. For Mr Norrell, their power is something to be cautiously controlled, while Jonathan Strange will always be attracted to the wildest, most perilous forms of magic. He becomes fascinated by the ancient, shadowy figure of the Raven King, a child taken by fairies who became king of both England and Faerie, and the most legendary magician of all. Eventually Strange’s heedless pursuit of long-forgotten magic threatens to destroy not only his partnership with Norrell, but everything that he holds dear. Sophisticated, witty, and ingeniously convincing, Susanna Clarke’s magisterial novel weaves magic into a flawlessly detailed vision of historical England. She has created a world so thoroughly enchanting that eight hundred pages leave readers longing for more. Bloomsbury Pub Plc USA; 1st edition 30 Sept. About us: We are a small family owned company of booksellers based in south east England. Basically we treat our buyers as well as we like to be treated. We sell all kinds of books but we try more and more to source the rarer and out of print titles. We hope we can help out in any way possible. This item is in the category “Books, Comics & Magazines\Books”. The seller is “buffett1000″ and is located in this country: GB. This item can be shipped worldwide.