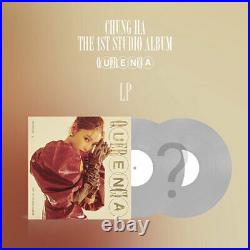 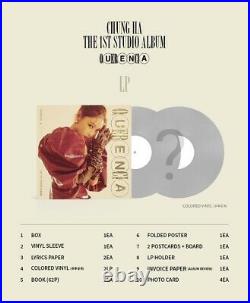 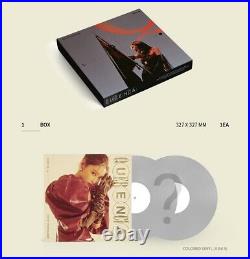 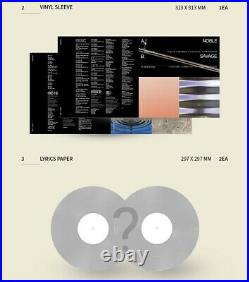 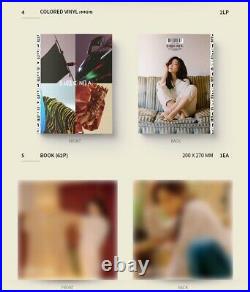 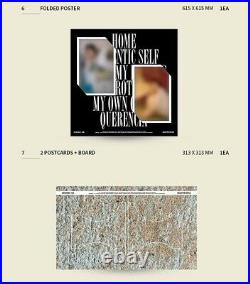 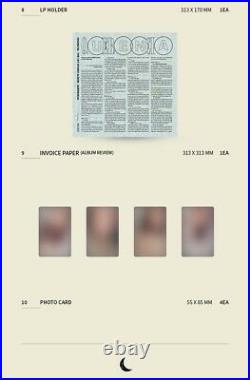 CHUNG HA – 1st Regular Album [Querencia LP LIMITED EDITION]. Orders received from the launch date on September 16. This product is an LP, not a CD. This product is produced in a limited edition. Album specifications and components. BOX: 327327 mm / 1EA. VINYL SLEEVE: 313313 mm / 1EA. LYRICS PAPER: 297297 mm / 2EA. COLORED VINYL: 2LP (Color to be revealed later, 12 inches 180g). BOOK: 200270 mm / 62P, 1EA. FOLDED POSTER: 615615 mm / 1EA. 2 POSTCARDS + BOARD: 313313 mm / 1EA. LP HOLDER: 313170 mm / 1EA. INVOICE PAPER (ALBUM REVIEW): 313313 mm / 1EA. PHOTO CARD: 5585 mm / 4EA. A new diva of K-POP found in a jewelry box called. Divas have in the history of Korean pop songs. The presence is very special. The new world of psychedelic rock and soul in the late 60s. Janice Kim Chuja, who was the representative singer of the Shin Jung-hyun division. Like Janis Joplin, Betty Davis. Showed a radical and sensual charisma, 80s. Wan-seon Kim, who led the era of New Wave K-Pop. Highlighting synth pop as the mainstream. He was the one who opened the era of dance music. More in the 90s. Eom Jeong-hwa-na, who showed trendy visuals and sensational music. Lee Hyo-ri, who brought the authentic sound of hip-hop and R&B to mainstream K-Pop. Showcasing a leap forward as a global pop star, the paradigm of K-Pop. The appearance of the changed BoA is the whole area that created the inflection point of an era. It deserves to be remembered as an incident. Who is the diva who will continue the genealogy in today’s K-Pop scene? In the idol market that has been re-established in groups over the past few years. Rarely ask for an explosive energy that captures the public. Solo as a performer, a vocalist with a fascinating voice. To solidify one’s position as a singer and turn that potential into a career. From idols to R&B, hip-hop artists, 88rising. From Rich Brian to various scenes and genres. The boundaries have been expanded and evolved through collaboration with artists. Cheonghas first full-length album has a bolder direction and. It shows the musical challenge of rich detail. House, Latin, Afrobitz and a variety of bases. 21 songs that encompass the style of contemporary pop and dance music. The regular album is Noble, Savage, Unknown, Pleasures. Starting from a conceptual track containing themes, four chapters. The conflicting and intense that each chapter symbolizes. The contrast of the concept is complex and diverse among genres. Chungha’s emotional narrative to complete her own world. Construct an artist-like view of the world. A2 Bicycle Performance Ver. A4 Flying on Faith. A5 Luce Sicut Stellae. B3 Dream of You (with R3HAB). B4 makes it annoying. C5 Star Harang (160504 + 170607). D2 X (There was no flower garden on the way I walked). D3 All Night Long. D5 Comes N Goes. D7 Demente Spanish Ver. This product is limited in quantity as a LIMITED EDITION. Thank you for your understanding in advance. The composition may be partially changed during the production process. The final weight including the components will be updated later. When production begins, the production situation is reported. In addition to obvious poor reproduction, minor jacket wrinkles, crushing, etc. Sound through LP and through sound source site and CD. The sound is different. Basically, the noise peculiar to LP. LP is in a whirlwind shape according to the sound signal. Its dug and the stylus (needle) moves along this valley. LP material, speaker, turntable, etc. The sound may be played differently depending on the surrounding situation being played. Please note that there is. If you are using a turntable that cannot adjust the weight of the tonearm. Bounce may occur when playing some tracks. This is mostly not a manufacturing defect, but the horizontal or. This is caused by the setting of needle pressure, etc. Playback caused by device problems. It is recommended to play on the device where possible. There may be cases in which playback is not smooth due to static electricity and dust. It’s a dedicated product, and removing it mostly solves it. Color discs may differ from web image and actual color. Due to the nature of color discs, color for each album during the production process. There may be differences. Occurred during the production process. Tiny dots or other colored dyes may get mixed in. We hope that you will be able to order after fully understanding the information provided. We are not responsible for any incidents caused by unfamiliarity with the notice. This image is an example image, and there is no difference from the actual product. Item ships From korea, south. Because there is a risk of loss. Feel free to contact me if you have any questions. Tariffs are not included in the price of this product. You have to pay a separate tariff. Whether the price of the product you are viewing exceeds the duty-free limit. Please check and order. The item “CHUNG HA 1st Regular Album Querencia LP LIMITED EDITION Photo Card Kpop Book” is in sale since Thursday, March 25, 2021. This item is in the category “Music\CDs”. The seller is “woorakoo_0″ and is located in Incheon. This item can be shipped worldwide.